So, here it is, half way thru this yea and I'm in big trouble. 2 weeks ago, I was summarily dismissed from my job. I was in the way of the new store manager promoting someone he obviously liked more than me. Of course I had no idea they were plotting against me. Their conspiracy was at least a month in the making as it takes 3 weeks to get shirts ordered and the day after I was dismissed, the guy promoted had his new shirts already. What a low down, weasel thing to do to someone. Especially one you acted like you were friends with to their face. Quick back stab, a bold fabrication for the termination papers and poof, there ya are.

Angry? Yah, maybe a little but the big picture is, I wasn't going anywhere in that job, I have the wrong body parts. Am I better off? LOL Not right now I'm not! I'm worrying about how to pay the mortgage at the moment.

Eh, I had 30 chicks I could have taken to market this coming Sunday. Big market, I did gret there last month. Dang puppy played with the chicks and killed them all. That's what I get for not closing the door all the way. So, now all I have to take is 4 baby rabbits. So, I whip out my forms for some novelty bird houses. Maybe I can sell a few of those. Alas, my jogsaw has grown legs and ran away. Geez! Can I just not win, ever? Why does it always seem the harder I try, the more I get knocked down?

Here's a good story tho.... A week ago Wednesday I get fired. Thursday, my son asks for help and I give it to him. Didn't work out quite how we planned and it snowballed into us spending 4 hours at the sheriffs dept waiting for assistance from a deputy. The deputy did all he could to help us and it rolled over to the next day. The end result after another 14 hours was what my son needed. If I hadn't been fired on Wednesday, I would not have been able to help him! 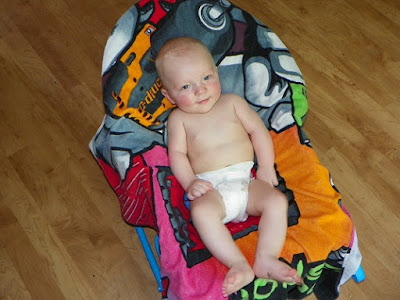 So, since I have no income coming in, I instantly rationed the critters way back to minimum, just enough to keep them coming to me when I call them. Hopefully, I can find a job quickly, before I am desolate. 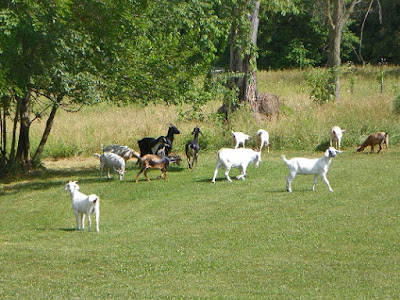 Oh, I've been dabbling with goats milk from Akre Acres farm. I'm a little out of practice but I did make an edible wheel of cheddar this past week and good mozzarella the week before. I visited them Sunday and the compressor they just had replaced in their big cooler went bad after just 3 weeks. They had several gallons of milk that had warmed up to around 50F. I took it to try and make butter with since it needs to be around 70F to separate the cream. On the way home, I blew a brake line. Absolutely no brakes! No even a hint of brakes! Wow, was that a freaky ride home! I made it all the way to the farm having to use the park brake just once. Plenty of down shifting tho. I misjudged the driveway and the front gate stopped me. “sigh” had to pull it all apart and repair it. The truck is about half done now, son came by and took me to get parts for it yesterday after work and stayed to help me get it mostly done. The boy has to get up at 3am so I let him go home. I've been trying to bleed the line out by myself. Not sure if I'm making any headway at all. I iced the milk in the cooler but alas, it curdled on me so no butter try from this batch. Took me too long to get to it. Would have been better to have the cream separator already set up and ready to go. It's new, I need to bolt it down and read the book on how it operates. “sigh” another thing I haven't gotten to this week.

I've got several resumes and applications spread around the area. Hope I hear something soon.....
Posted by mmpaints at 2:44 PM 3 comments: