All progress has come to a complete halt around here.  The winter was just too hard here and unlike some people around me who like to brag on themselves while cutting the guts out of their friends (you know who you are)  I don't have a spouse I talk bad about behind her back while she's paying all the bills so I can thump my chest and tell everyone how successful I am, so, I'm wiped out.  There is no progress here.  Minimal survival mode is in full swing.

I'd share it all with ya's but the ex friend (total jerkoff douchebag) seems to think my struggles are a good way to continually diss me and prove how much better he is than I am.  So, know I'm still alive and hanging on, just not making any progress.
Posted by mmpaints at 11:50 AM 1 comment:

So, I'm being amazed by ignorance, again.  I received a couple emails (threats) basically saying I could be/should be sued by this person I used to be friends with.  I'm damaging his farm business by saying he backstabbed me.  Hmmmm, he DID backstab me.  Let's see, the rumors/lies he spread around the farmers market about my farm products isn't damaging MY farm business?  I have people willing to repeat his story about me.   His pleas to a market master to throw me out of a market and report me to the health dept based solely on his lies?  When that market master refused and he found out I had been told about it, he threw an embarrassing tantrum right after opening bell that got him thrown out of the market.  Plenty of witnesses to that as well.  He lied on his website about the whole incident and gave a false reason for why he won't be attending that market in the future.   Doesn't that give ME grounds for a lawsuit?  What about the other people he harassed, I know he remembers the woman he called and reported more than once because she was direct competition for him.  I have that entire conversation plus at least a year of other conversations filed for future reference.  Not counting the others he complained loudly about at local markets.


Oh, I've also been accused of, by this same person, of "milking people out of money".   I am, according to this person, full of crap and I'm a con artist.  Hmmm, I've been writing this blog since 2008, have chronicled every detail of farm life here, shared every aspect of my life and I'm a liar?

Now, because this man is such an obnoxious jerk, SSL will no longer be posted on.  Maybe one day when life gets back to more fun, we'll go back to what we love. 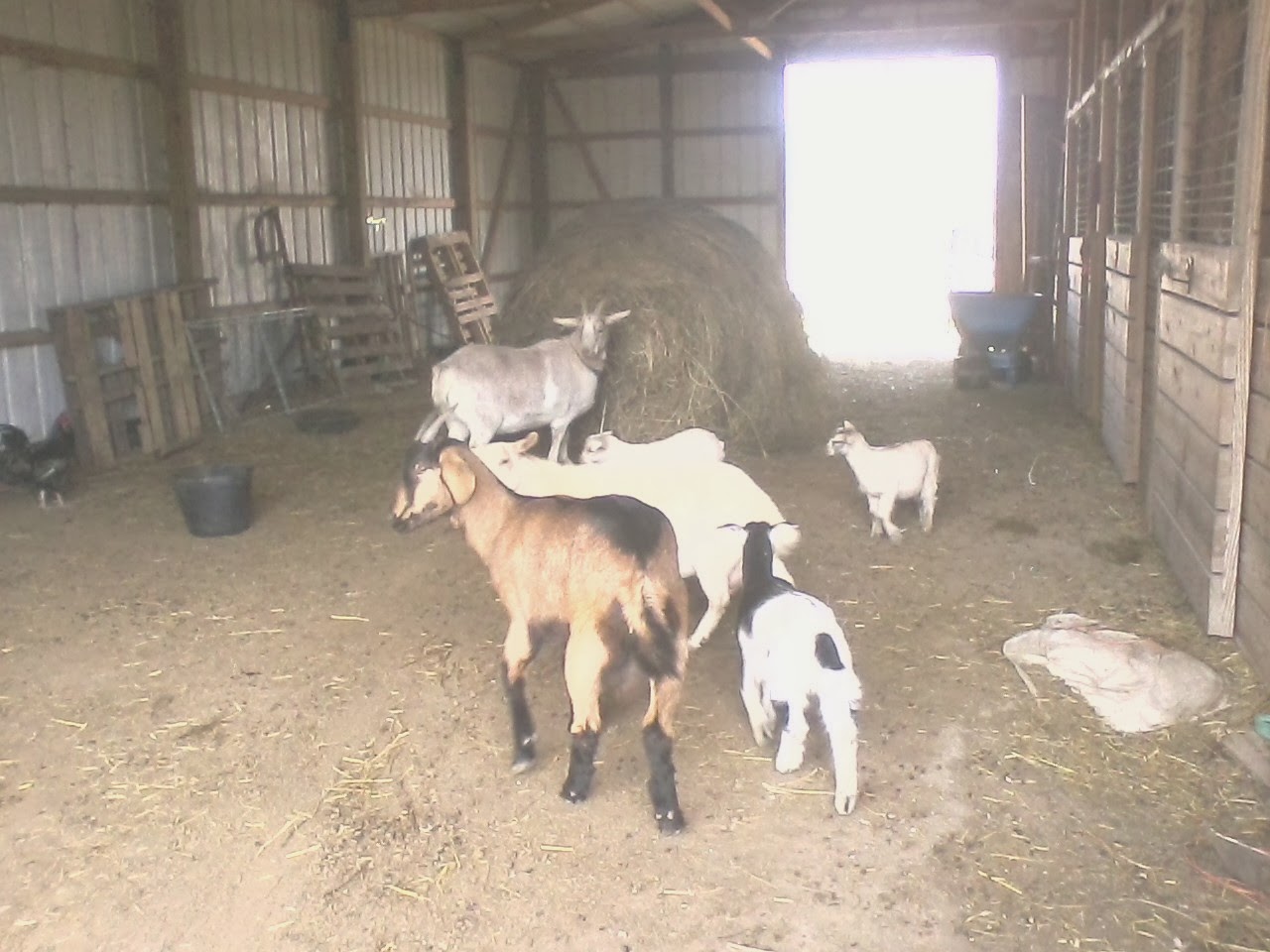 Gotta make sure the goats have enough hay to munch on so they can keep warm during the upcoming round of nasty weather!

So, everything is puttering along, business as usual around here.  I got an email from someone I used to be friends with, threatening to sue me for naming him as the person who made the report that killed last years market for me.  Apparently, he has friends "watching" me.  Geez, didn't know I was such a going concern.  Whatever.

Seed starting coming soon!  LOL  This last round of nasty goes thru and the green stuff will be sprouting here again!  I have all my seeds lined up and waiting to be planted.  I'm so excited, LOL  This has been one nasty winter.

No snowflakes here on the farm yet but a friend just sent me a picture from a town 20 miles west of the farm.  They've got snow already.  Looks like an inch or so. Yay rah!  Here it comes.........